Mythological characters have inspired generations after generations with their heroic and godly characteristics. We all, at some point, have been fascinated with the super powers of the gods and goddesses. Retaining the same essence, passionate and enthusiastic tattoo lovers have chosen mythological characters such as Poseidon as their major tattoo theme. According to ancient Greek mythology, it is the god that rules over the sea.

Most people prefer the traditional image of Poseidon ( an old curly headed man also having a long beard) with a trident in hands. Symbolizing a sense of protection, strength, power, confidence and bravery, these tattoos are mostly popular among the navy men who pray to Poseidon for saving them from the dangers at sea. People may also ink the other symbols of Poseidon such as the fish, bull, horse and dolphin.  The common places to adorn this tattoo include the arms, biceps or even the symbols. 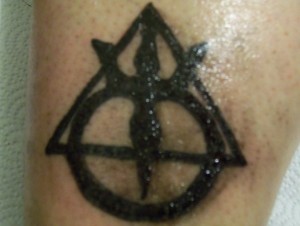 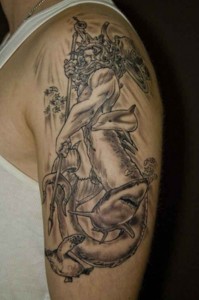 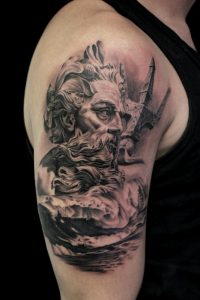 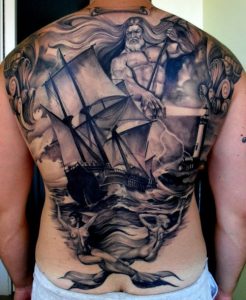 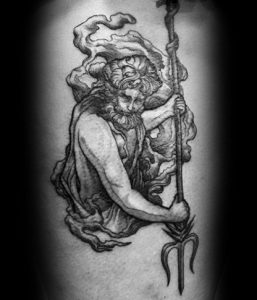 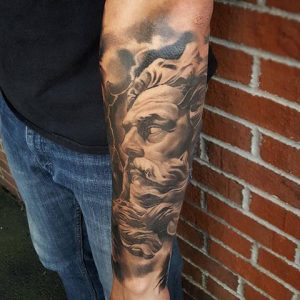 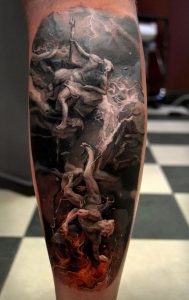 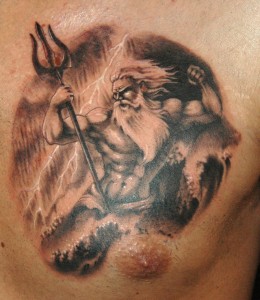 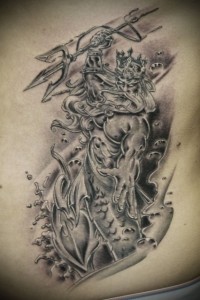 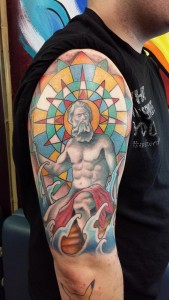 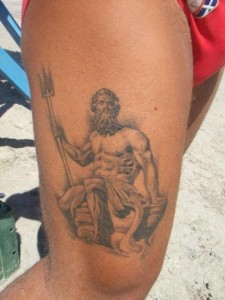 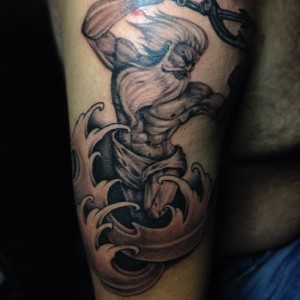 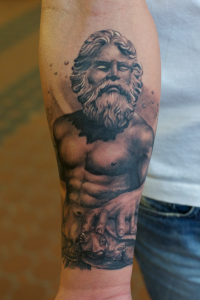 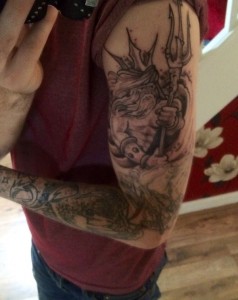 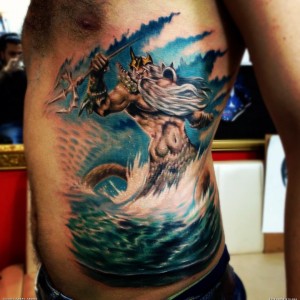 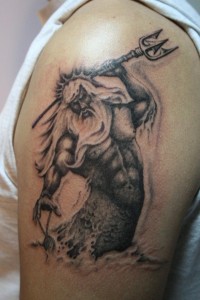 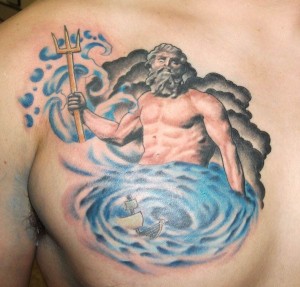 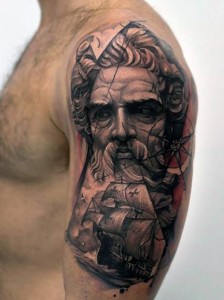 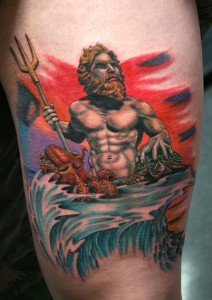