Medusa tattoos are not mainstream, but a lot of people can be seen sporting Medusa tattoos. Medusa reminds an old myth and it is often confused with horror tattoos. In Greece mythology, Medusa was a monster with heavy powers, mainly those of switching men into stone with one look. The best feature of Medusa was her hair, which was made of snakes. Medusa tattoos symbolize femininity and protection against evil. A well executed Medusa tattoo can offer an impressive look. Black Medusa can really give a mystic look, but a lot of people are opting for colorful tattoos. 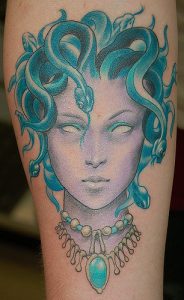 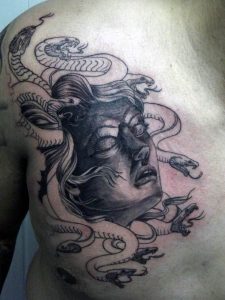 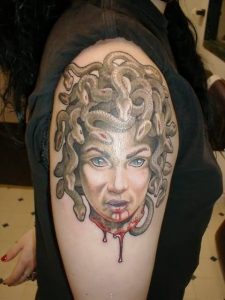 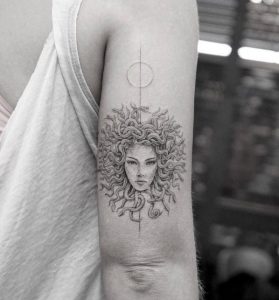 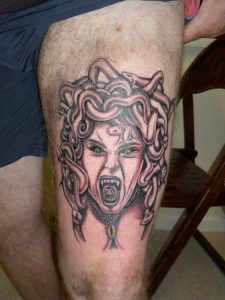 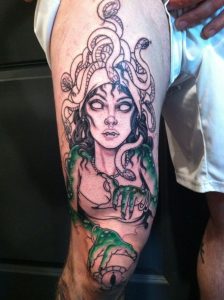 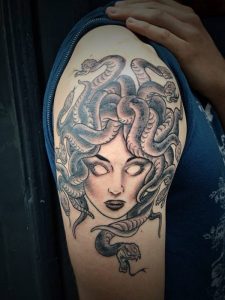 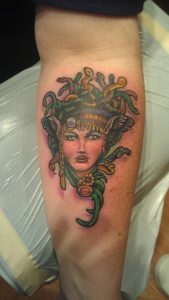 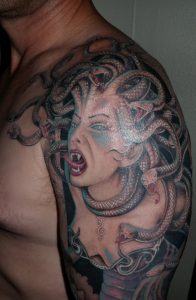 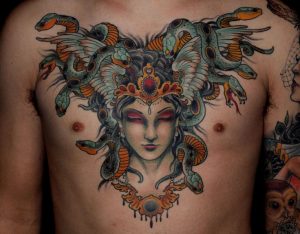 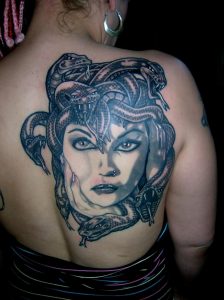 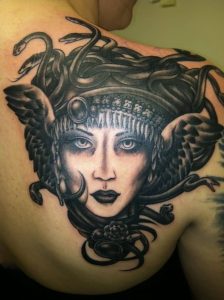 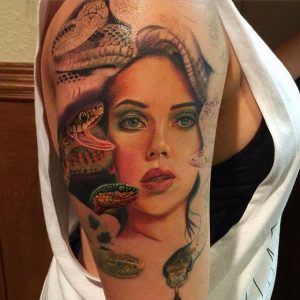 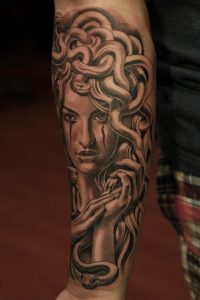 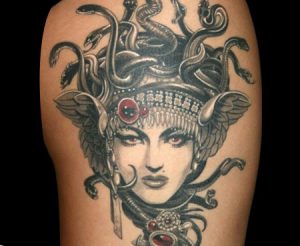 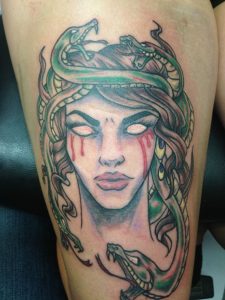 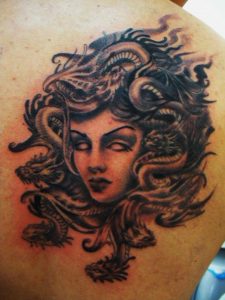 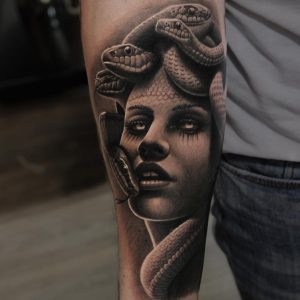 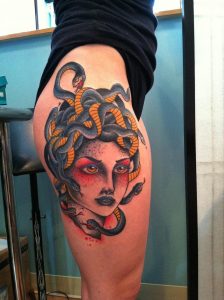