Popeye is undoubtedly one of the most popular fictional cartoon characters that have ever come into existence. The character, introduced in 1929, still enjoys as much popularity like the old days. Popeye is very popular for his badass appearance, but his clever, strong attitude is not to be forgotten. He also carries a great sense of family values. Like many fictional and cartoon characters, Popeye still inspires tattoo artists and enthusiasts. Along with the Popeye figure itself, anchor and magic spinach tattoos are also very popular. Vintage Popeye illustrations are also very popular among tattoo lovers. If you are intending to make a Popeye themed tattoo, then have a look at the following pictures to get some ideas as how they look like. 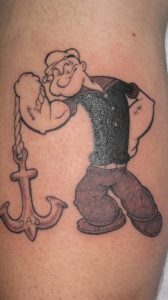 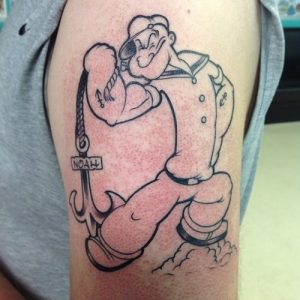 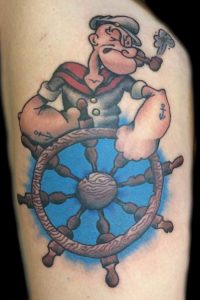 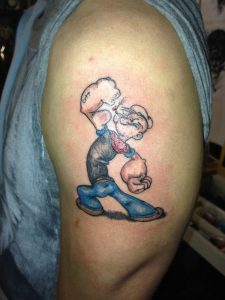 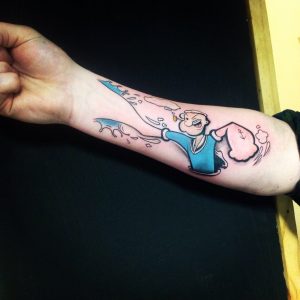 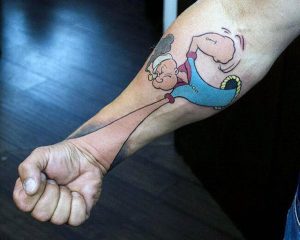 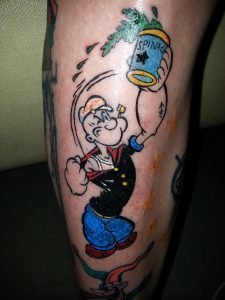 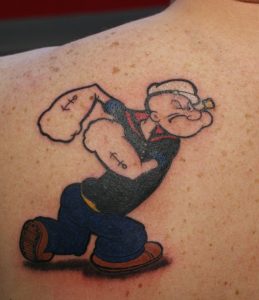 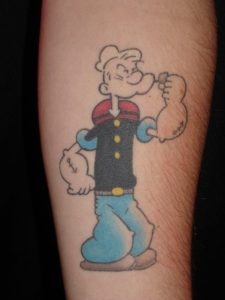