The Vikings were warrior pirates of the Scandinavia who ventured out of their homeland and raided the monasteries close to the seashores on the northeastern side of England. The Vikings had a trademark warrior armor that included two horned helmets along with shield and axe as their weapon. They were large in size with great physical strength. The Viking tattoos are quite popular among the men, and they proudly wear them on their chest. The dark bold designs of warrior Vikings look appealing and intimidating as well. The combination of the Viking pirates sailing on design looks too amazing and hard to resist. 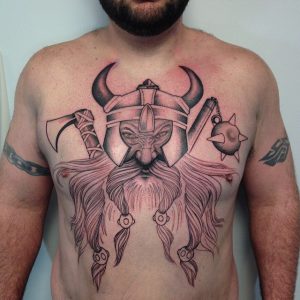 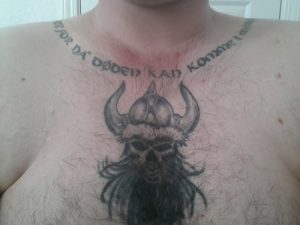 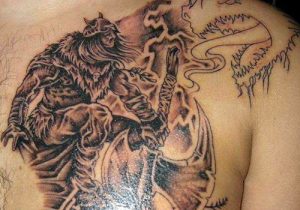 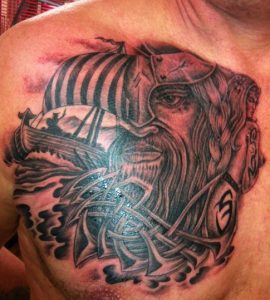 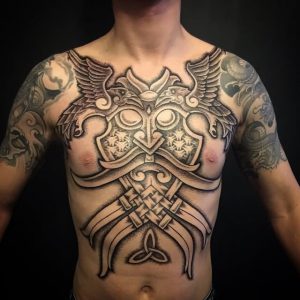 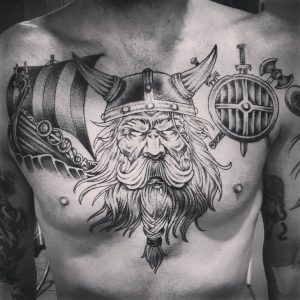 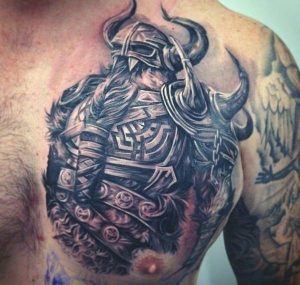 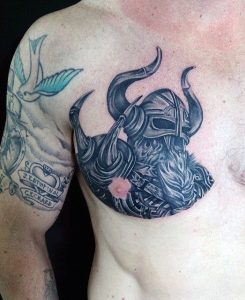