Dragons hold various meanings in ancient folklore throughout the world. In Eastern civilizations, especially in Chinese and Japanese cultures, dragons are one of the most revered creatures representing wisdom, strength, power, prosperity, longevity, and good luck. In European folklore, dragons were viewed as evil creatures that had to be overpowered by a noble knight. As dragons hold different meanings and so are the dragon tattoos. It is a prudent approach to learn about the meanings attached to dragon tattoos before sporting one. Dragon tattoos on the chest are big and striking in its appearance. The tattoos are drawn in detailed and meticulously crafted. The tattoos are great works of body art. 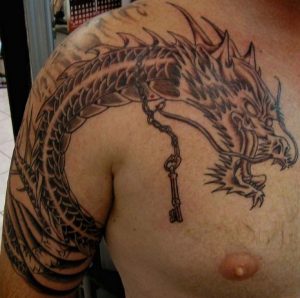 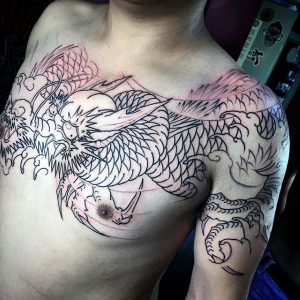 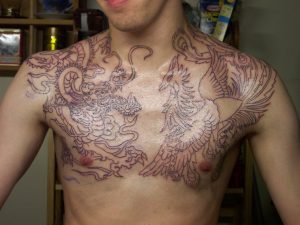 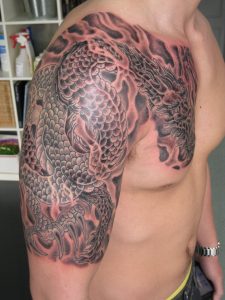 Dragon Tattoo on Chest and Arm 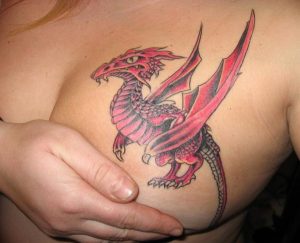 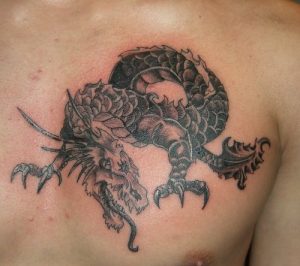 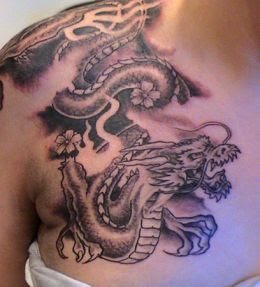 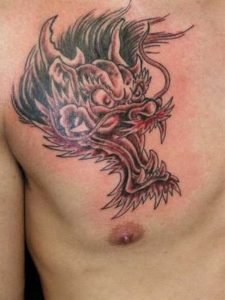 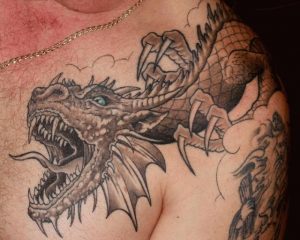 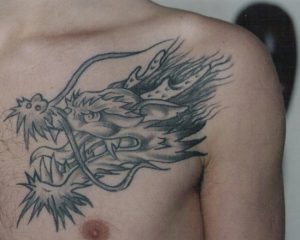 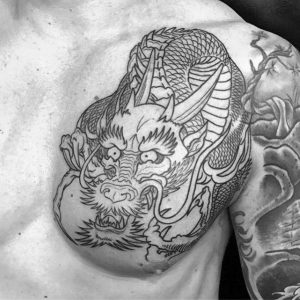 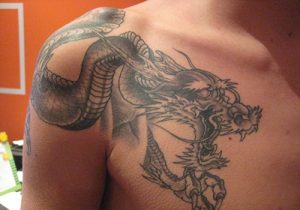 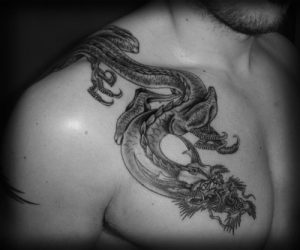 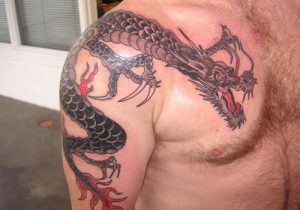 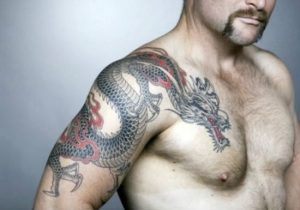 Dragon Tattoo on Chest and Shoulder 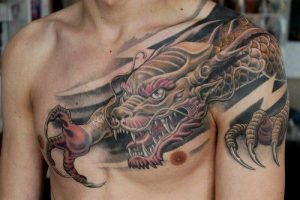 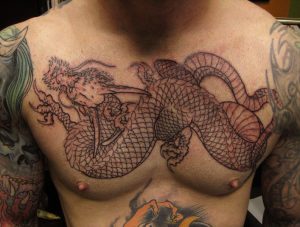 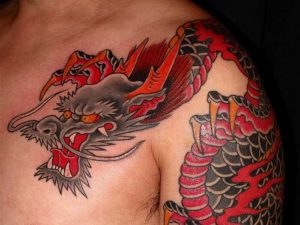 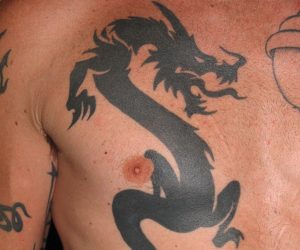 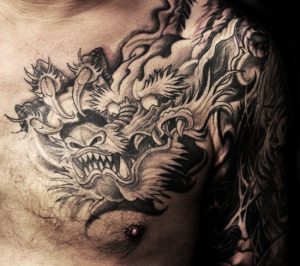 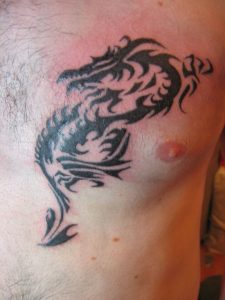