Bears are powerful animals that are big in size and have massive strength. The bear is believed to be associated with Native Americans who consider these animals as fierce warriors who can show unbelievable strength and bravery when faced with opposition. These giant furry creatures are also a hot favorite for tattoos, and the Bear chest tattoo is immensely popular among men. The tattoo symbolizes power, confidence, resurrection, and courage. The wild, ferocious design looks incredibly appealing and intimidating as well. There are several patterns including twin bear pictures, attacking bear and bear claw that you can draw on your chest. The bold outline of the tattoo design looks impressive which you surely cannot neglect. 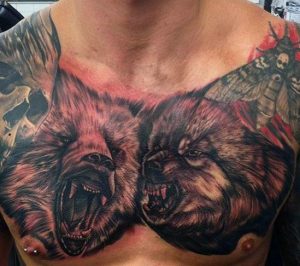 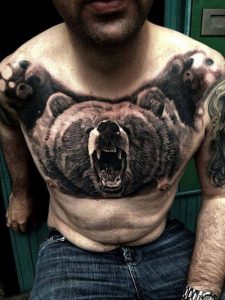 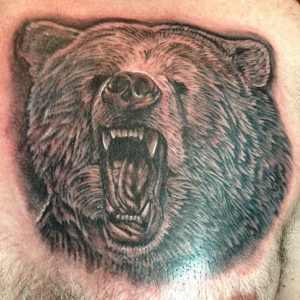 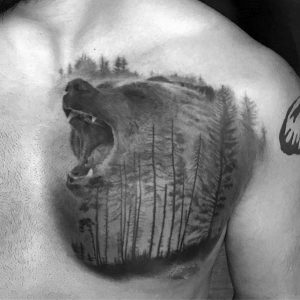 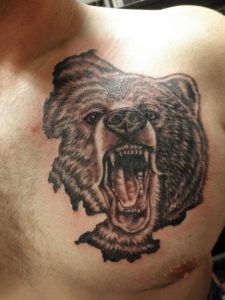 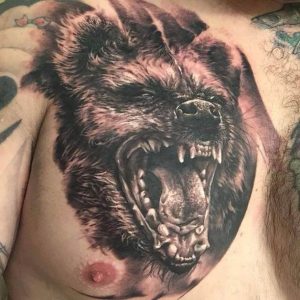 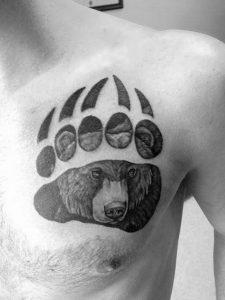 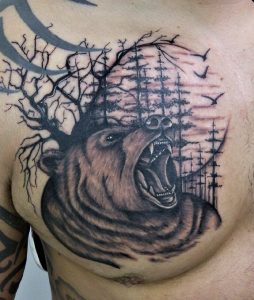 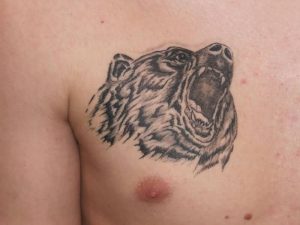 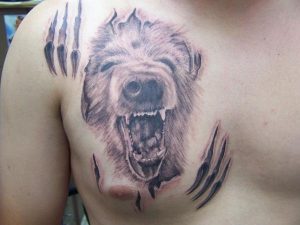 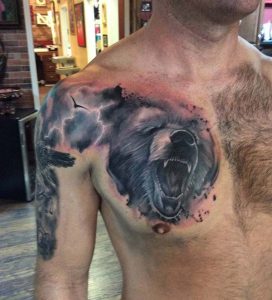 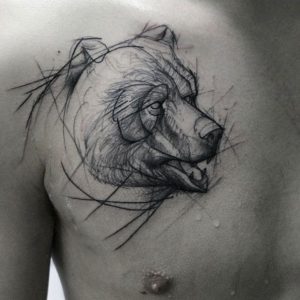