Zombie tattoos are immensely popular among fans of Gothic literature as well as movies and artwork of the horror genre. Although zombie movies have been in circle for several decades, the effective combination of interesting stories with superior special effects has made this genre of horror much more popular than ever before. There are a number of reasons as to why one may prefer having a zombie tattoo. For some, these tattoos look quite unique and different, thus allowing them to stand out in a crowd. Others may have a penchant for all things ghoulish and sporting a zombie tattoo allows them to express themselves creatively. Zombie tattoos can come in a wide variety of styles and a person getting them can experiment with a wide variety of colors. Sometimes popular cultural icons such as Elvis Presley, the Simpsons and characters from Pride and Prejudice are chosen to be portrayed as zombies. 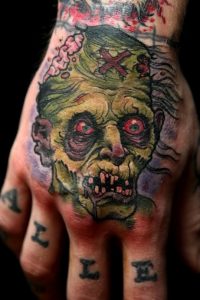 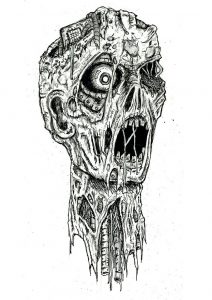 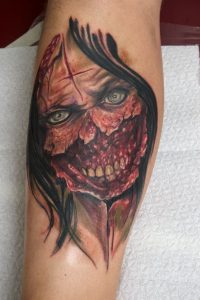 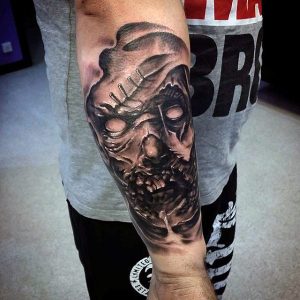 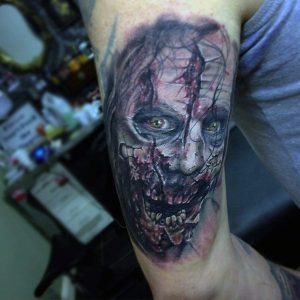 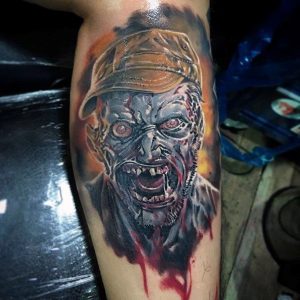 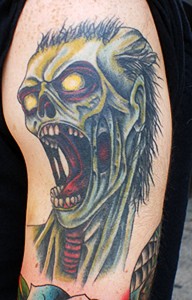 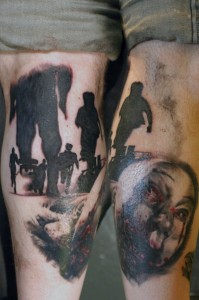 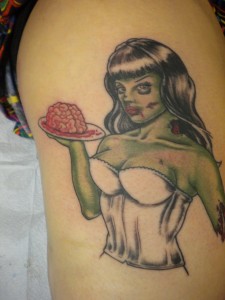 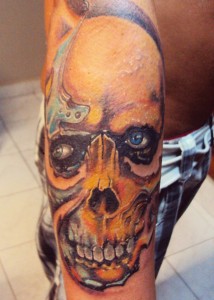 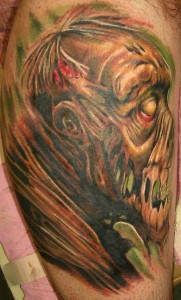 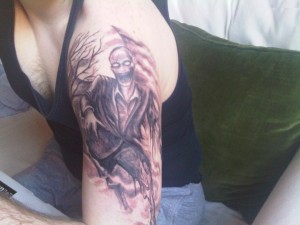 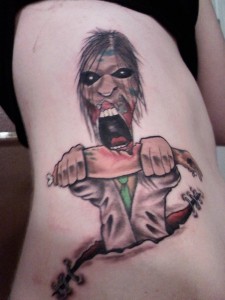 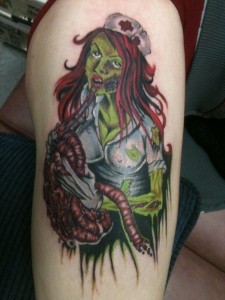 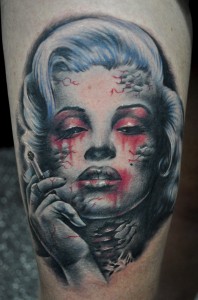 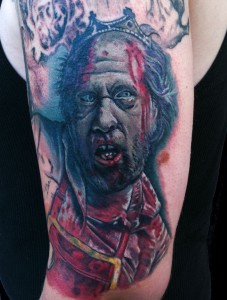 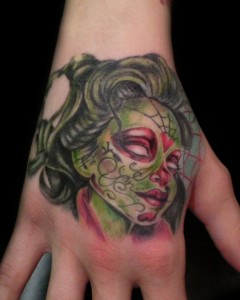 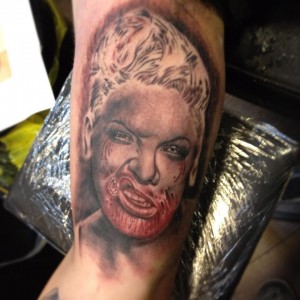 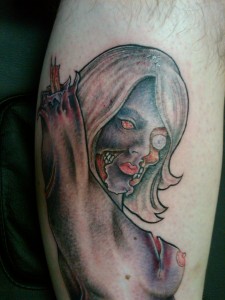 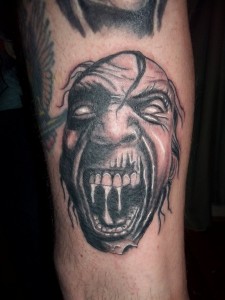 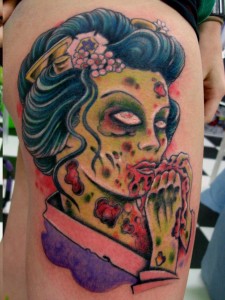 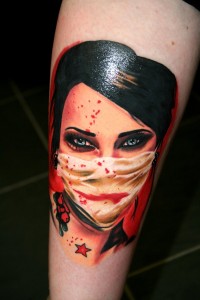 The zombie tattoo arts presented in this site are notable for their striking appearance.