Squids are interesting and mysterious creatures which live in the deeper areas of the ocean and has the ability to change colors depending on the environment. The creature is agile and graceful. It represents flexibility. The squid tattoos are as diverse and unique as the creature itself. The squid comes in many shapes, sizes, and colors and so are the tattoos. The squid tattoo has a lot of meanings like flexibility, intelligence, and adaptability which are inherent qualities of the animal. The squid emits a dark liquid as a protective measure when alarmed. And so the tattoo can also signify the ability to protect oneself in difficult situations. 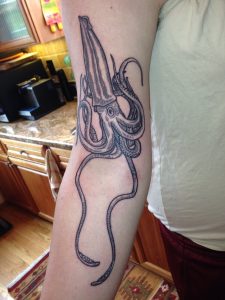 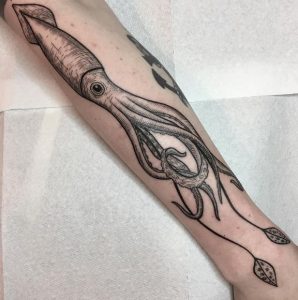 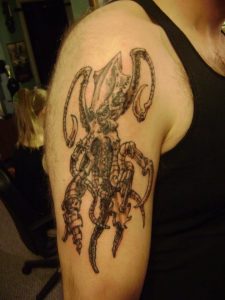 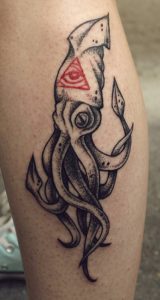 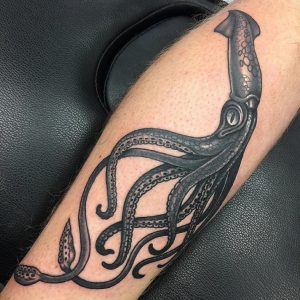 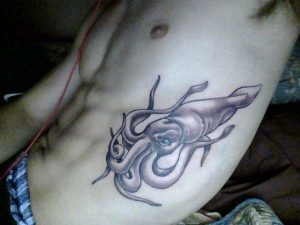 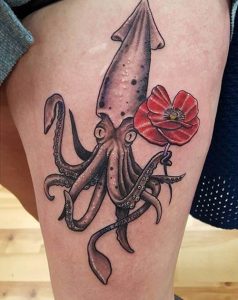 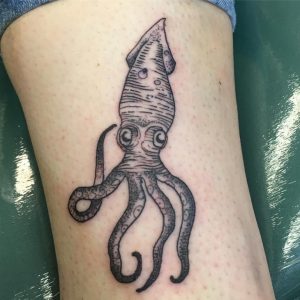 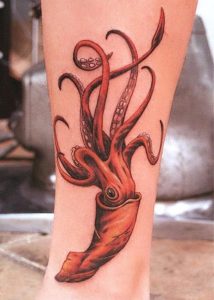 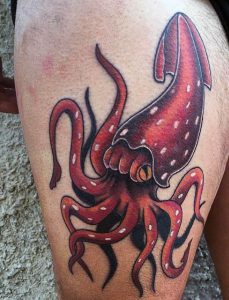 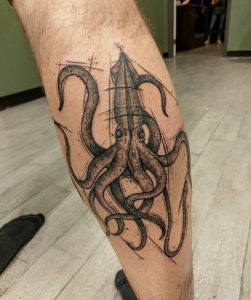 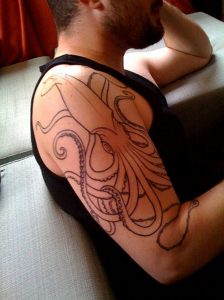 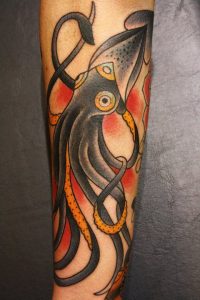