The octopus is a mystical sea creature that has 8 tentacles and mostly found wandering in deep-water or the reefs. It is a master of disguise, and when it feels threatened, it can camouflage itself to avert danger and creates an illusion of getting blended in the surrounding. The characteristics octopus symbolizes intelligence, complexity, mystery, vision, and illusion. Octopuses are flexible creatures and can adapt to any kind of surrounding. The Octopus tattoo also induces such kind of quality in the wearer of it. The octopus can disengage an arm when needed, and it also means that we can also detach from negativity and bad habits when required. The Octopus Thigh tattoos look superbly beautiful, and they feature numerous designs as well that are superbly attractive. These tattoos are not only bold but look immensely sexy as well. 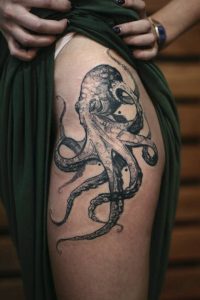 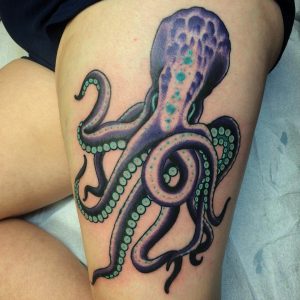 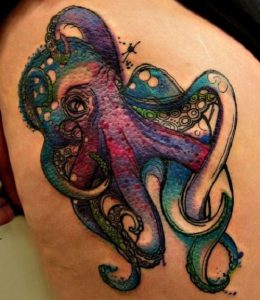 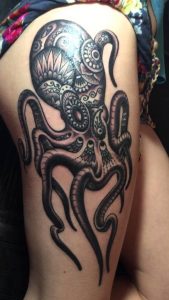 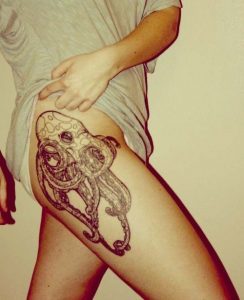 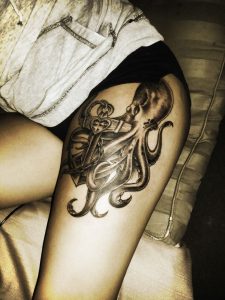 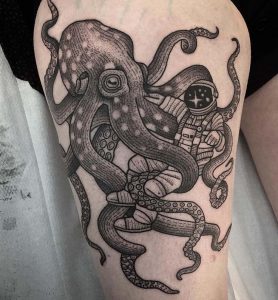 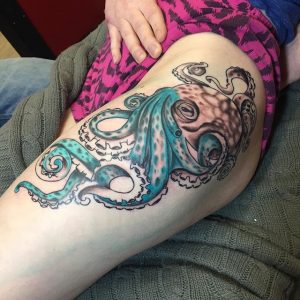 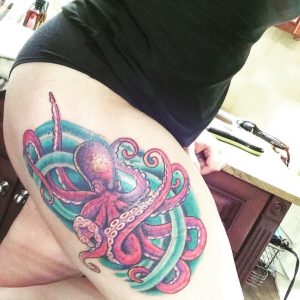 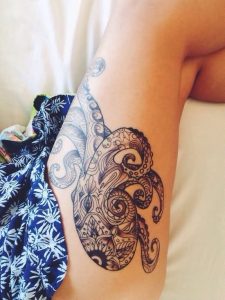