Military or army tattoos are usually sported by men who have been a part of the military themselves, or have an ancestor who was once a part of the armed forces and fought for their country. These tattoos can be very emotional and thought provoking to the individual who wears them, as it may speak of the days spent in the battlefield, or the memory of a lost friend or a loved one. It may also symbolically represent the need to take military action or the obstacles and challenges that one may face in life. Military tattoos quite often depict sceneries from the battlefield, wherein armed soldiers stand in line, with images of barbed wire or the national flag, and military helicopters flying by. Sometimes a military tattoo may also depict contrasting images of violence along with angels who symbolize love and peace. Military tattoos are often very simple, although they evoke powerful emotions in the minds of the observers. 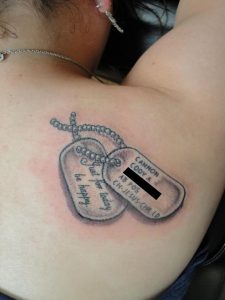 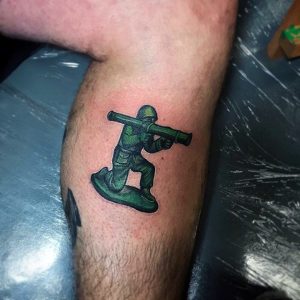 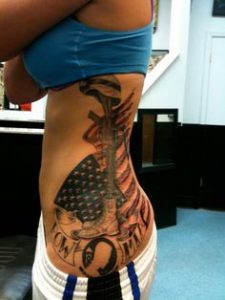 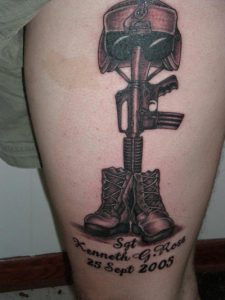 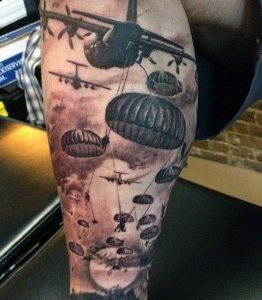 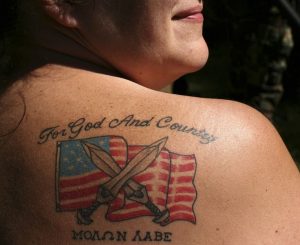 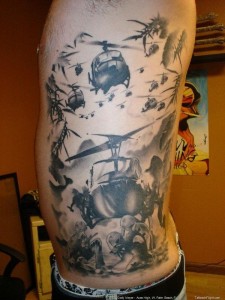 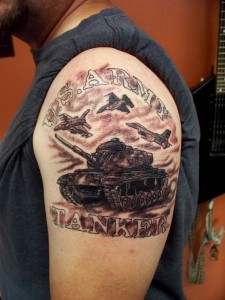 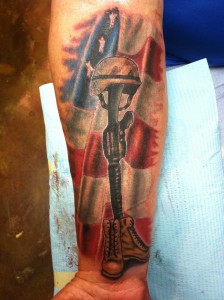 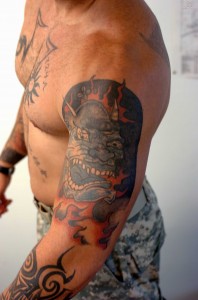 Tattoos In The Military 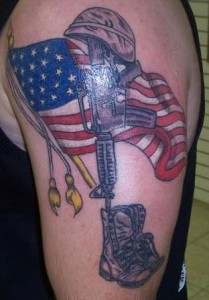 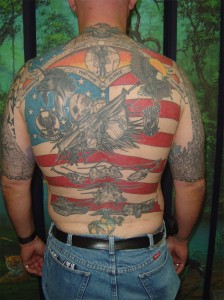 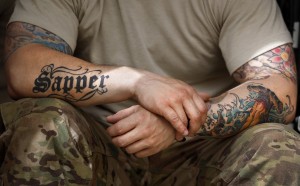 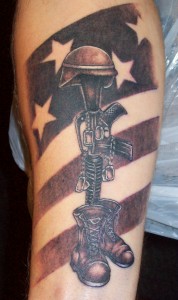 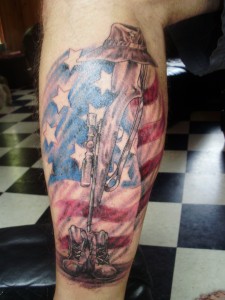 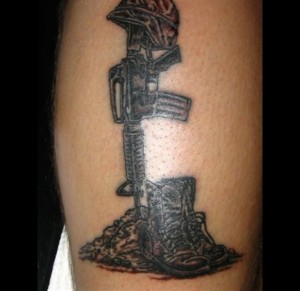 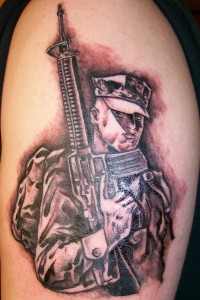 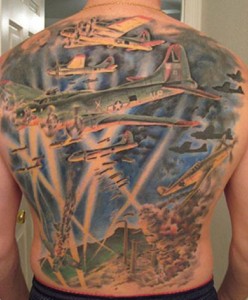 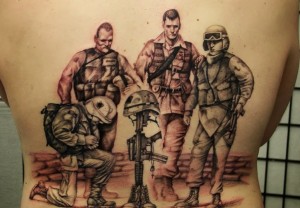 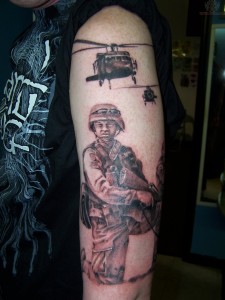 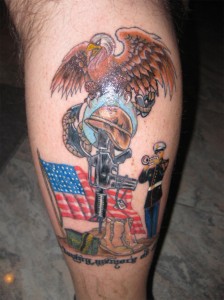 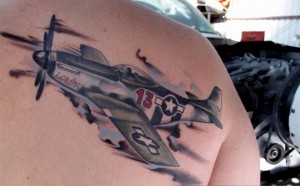 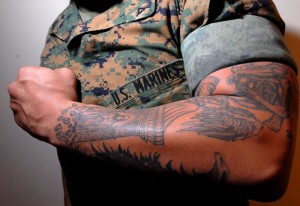 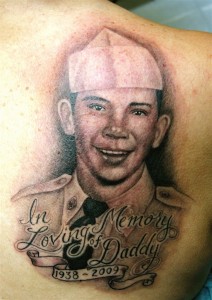 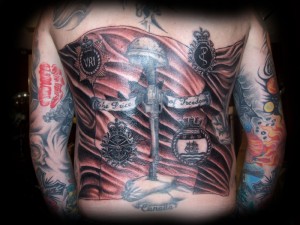 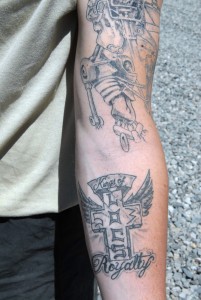 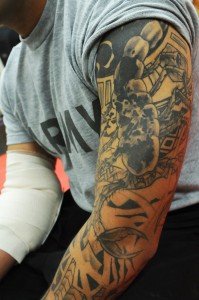 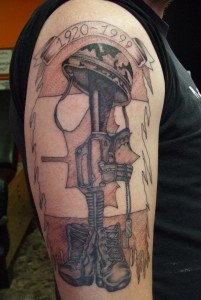 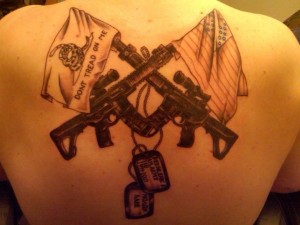 The military tattoos presented here are poignant in their meaning and quite elaborate in their depiction of war sceneries.