The fictional character of Kraken is gigantic with horrifying physical features. The sea monster has been synonymous with terror and death, especially for the sailors. Since its inception, the creature has been mentioned several times in both literature and movies. Due to its frightening appearance, it has become an attractive tattoo design for some people. They prefer elaborately drawn Kraken on their chest, back, and on biceps with a wide range of colors. For more realistic nautical look, images of distressed ships can be added. Have a quick look at the following assorted designs depicting Kraken. 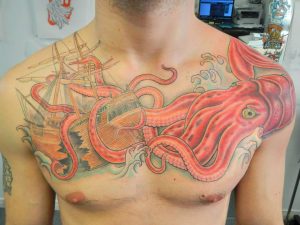 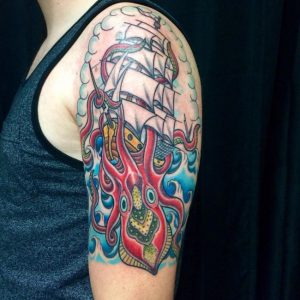 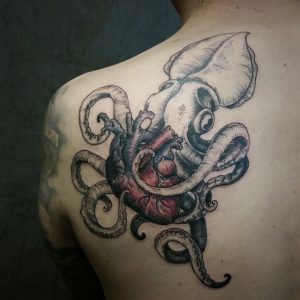 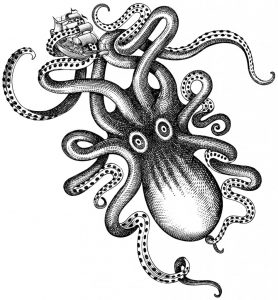 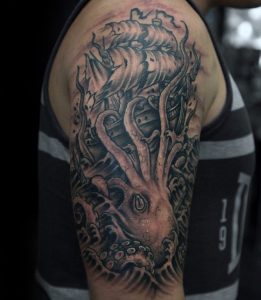 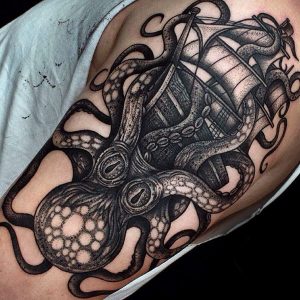 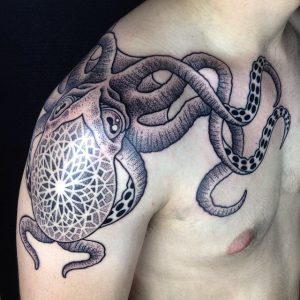 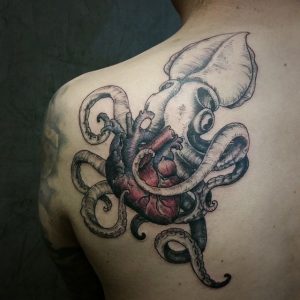 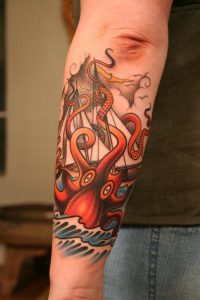 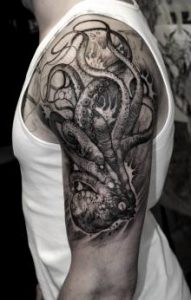 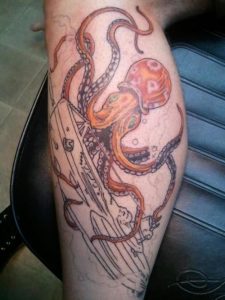 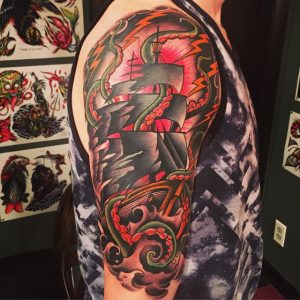 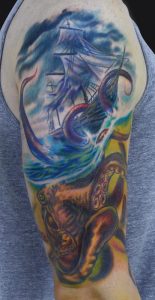 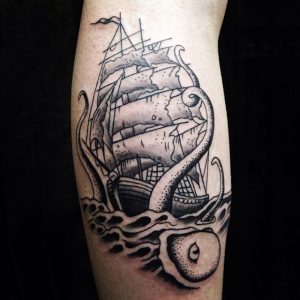 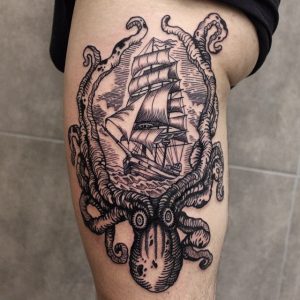 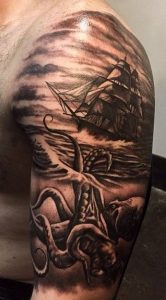 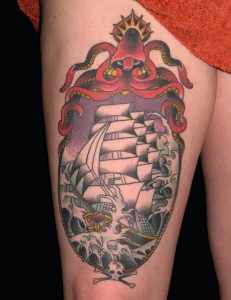