There is no denying the fact that a honeycomb tattoo is an offbeat design to flaunt. Both males and females are interested in this tattoo that shows the honeycomb along with some bees hovering around it. The geometrical shape of these honeycombs lends an unusual pattern. According to some beliefs, a honeycomb is a storehouse of the bees which are often regarded as the spiritual travelers. So the honeycomb can be considered as the abode for such spiritual knowledge. Closely integrated, this tattoo with playful shades of black can create an enigmatic look. 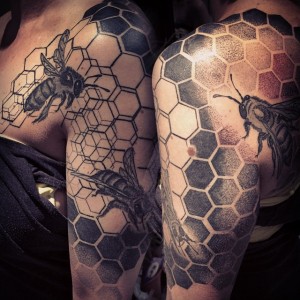 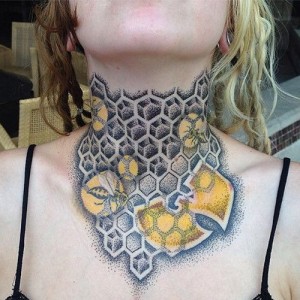 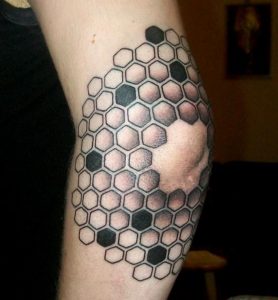 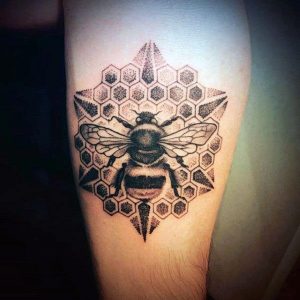 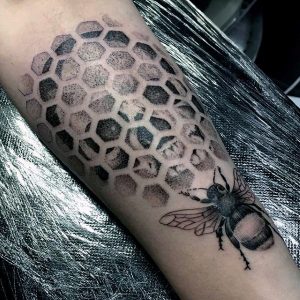 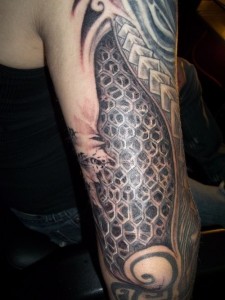 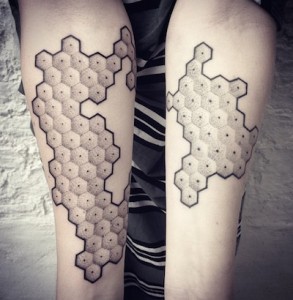 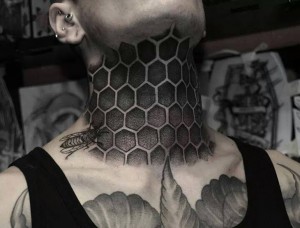 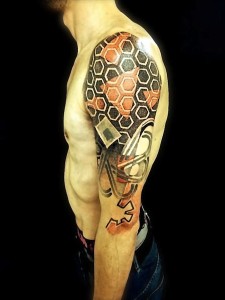 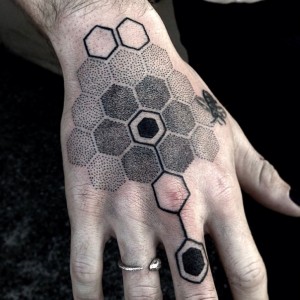 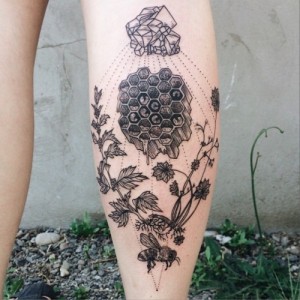