A candy skull tattoo is like an oxymoron – the skull with its intimidating presence is juxtaposed with the fun and frolic of  the candy theme. Often ascribed to The Day of The Dead celebrations, it can also be traced to missionaries that used these candy skull designs to commemorate the return of Jesus Christ on the occasion of Easter. 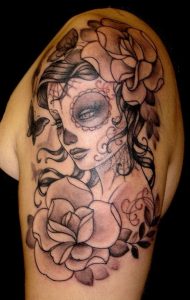 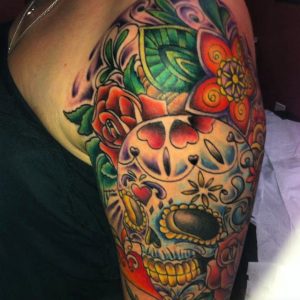 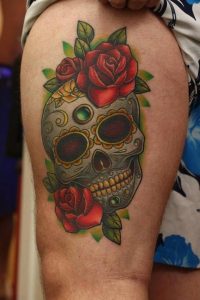 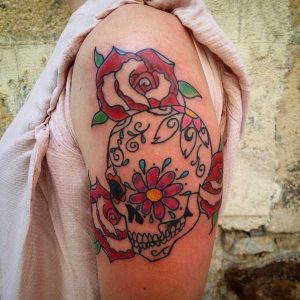 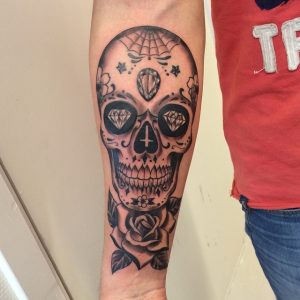 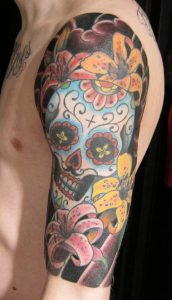 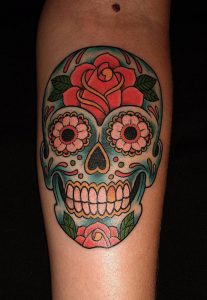 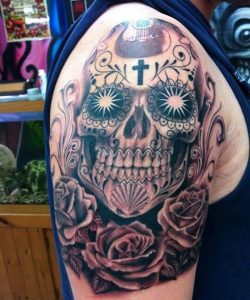 Initially introduced by the missionaries to Christianize the Meso-Americans and the population of Latin America, these gradually weaved themselves with the local tradition and started proliferating deeper. 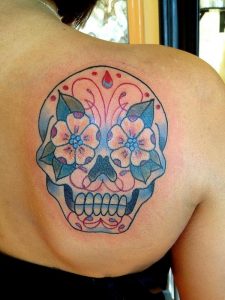 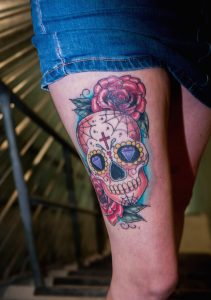 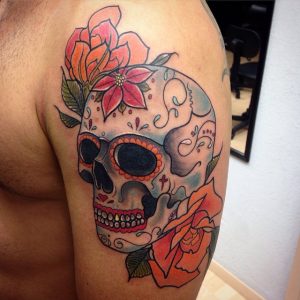 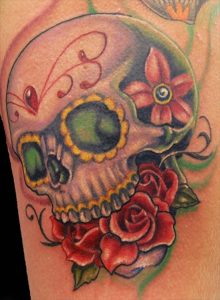 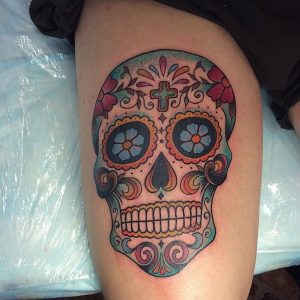 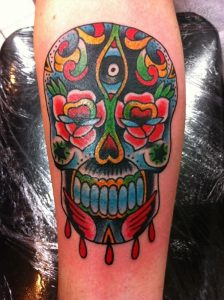 Different candy skull tattoos can be passed on to signify different meanings. The skull can mean both death or the return of  ancestors. 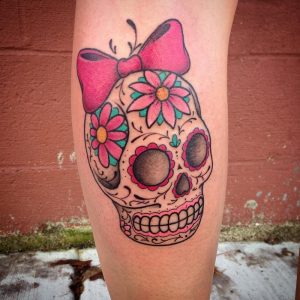 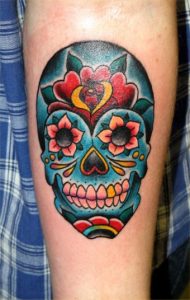 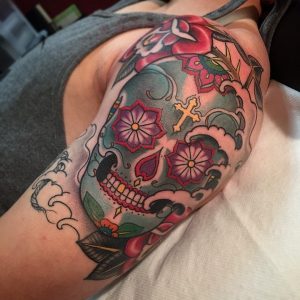 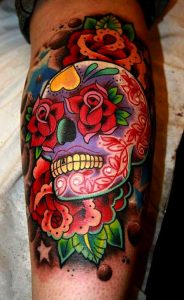 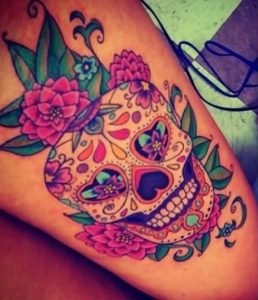 The blending of the flower with bright colors generally symbolizes life and belief in the concept of after-life. 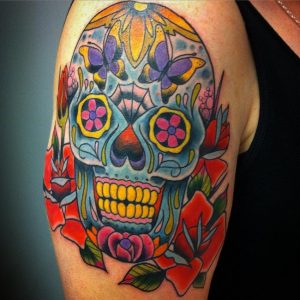 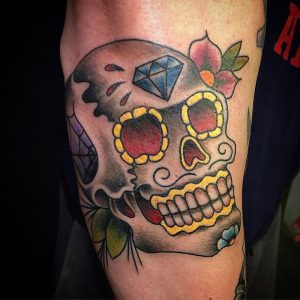 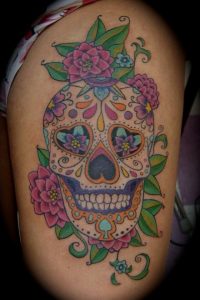 The Candy Skull tattoo has a unique contour which allows it to be inked on any part of the body from shoulders,back,chest to even calves and thighs.